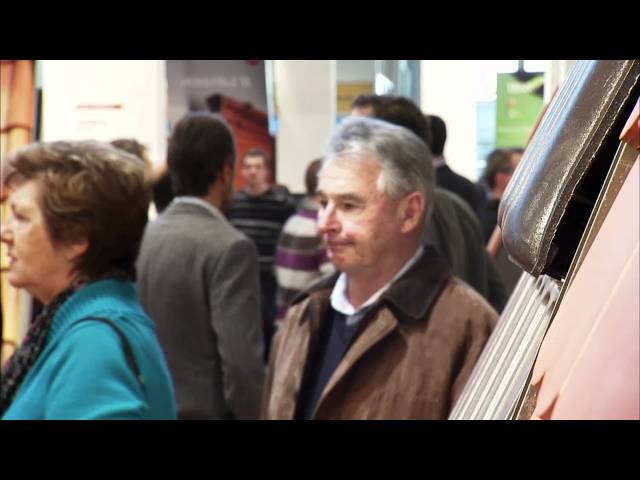 For the roof tile manufacturer Erlus, generally everything is all about clay as a material. The acoustic aspect appears irrelevant to tile production at first glance. But that is wrong. In the Erlus factory, an employee tests the quality of a finished tile by its sound. From this came a crazy idea: the tile-o-phone. Its an instrument similar to a xylophone  but with roof tiles. Under the musical guidance of film musician Ilja Pollach, one of Germanys best percussionists Roland Peil and his colleague Holger Mertin brought all-new sounds from the clay. Roland Peil works with the band Die Fantastischen Vier and others.