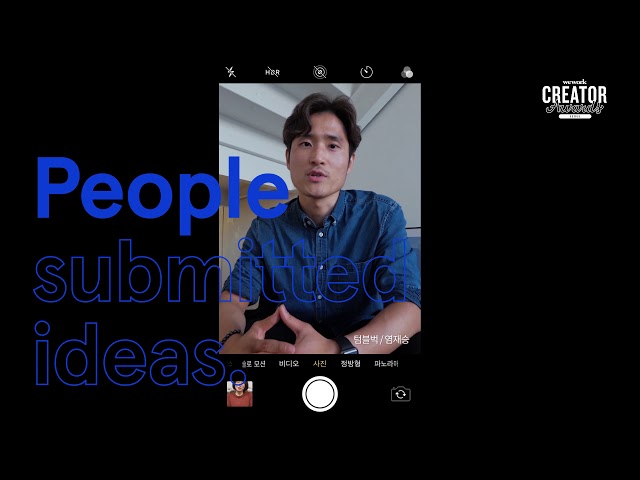 Korean people often feel lacking social freedom due to the copious amount of pressure by society. It discourages individuals from sharing ideas and pursuing dreams.
WeWork stepped in to unlock the “Creator DNA” through the K-Creator campaign and the global competition–a platform for anyone to freely show ideas and create an impact. People easily submitted ideas via 90 sec. video and finalists spoke 60 sec. on stage to be awarded a total of USD 630,000 in funding. Partnering with the Seoul Metropolitan Government, we changed the city’s stance on startups by triggering the notion that one can challenge themselves simply by expressing ideas.