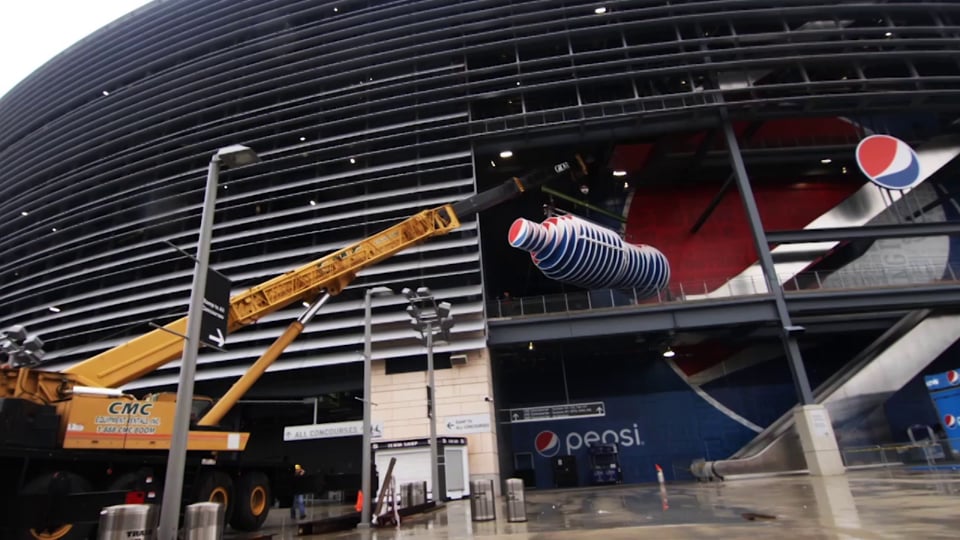 As Super Bowl XLVIII came to the New York area in 2013, Pepsi aimed to give fans a grand entrance into Met Life stadium. Using the globe logo, Pepsi set out to create an experience that would engage fans in an unexpected and dynamic way. The design was achieved by creating two large bottle sculptures that would be suspended in the large entryway. These sculptures were inspired by the colors and shape of the iconic Pepsi globe. Dozens of Pepsi globes were assembled to create a larger dynamic bottle shape. These iconic bottles were amplified with a three-story super graphic that was applied to the Pepsi gate façade.