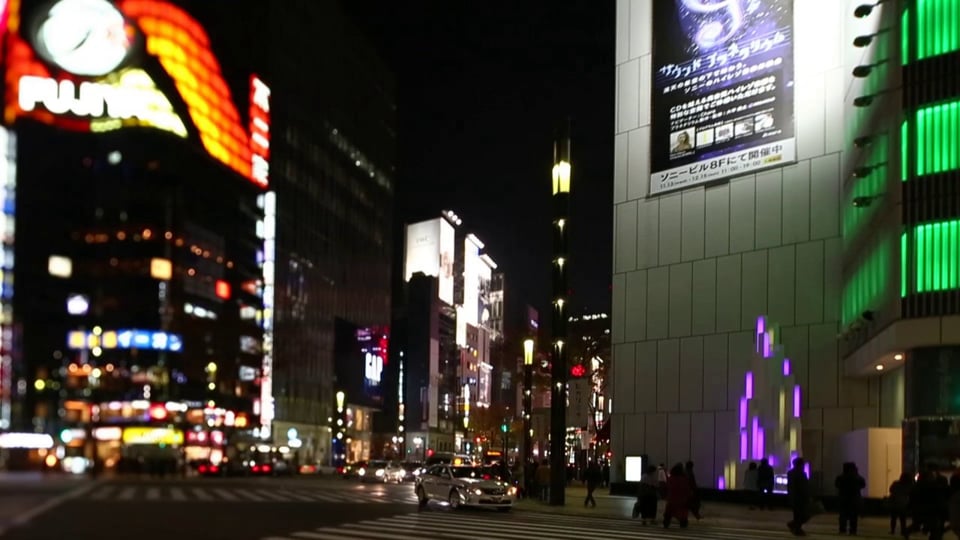 Following last year, we created a light show that featured for a limited time only at Sony Square of Sony Building in Ginza. Lights were installed for the “46th Ai no Izumi (Fountain of Love)” Sony Group charity program. The parts from last year were used again this year, with the pillars concentrated in the middle to form a symbolic tree. Six boxes were installed to gather donations, and the colors and light patterns could be controlled depending on which box the money was put into. It was a unique idea that brought together the act of donating money with light shows.