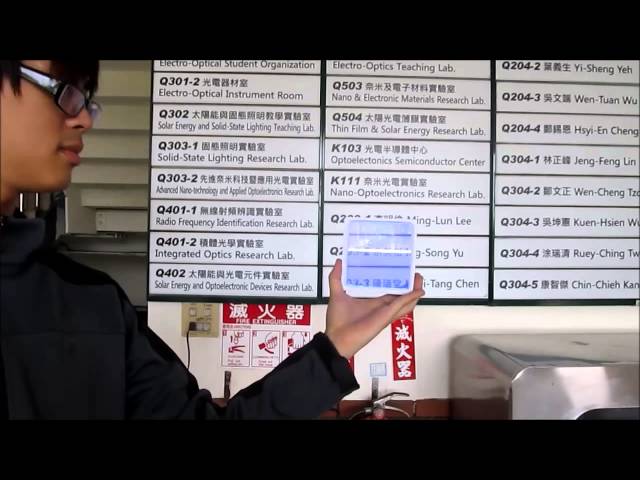 In the past, LED bricks generated uneven illumination and were relatively inefficienct while producing uncomfortably intense LED light. Powered by solar energy, "Lighting at Will" is a groundbreaking LED application for aesthetic applications. It uses a polymer low-haze diffuser plate to diffract sunlight to the silicon solar cells, stores the energy in Li-batteries and then uses this energy for the LED lighting. Particles built into the bricks scatter the LED light evenly and efficiently. In addition, "Lighting at Will" can be used flexibly to create geometric patterns, such as for bus stop information boards.

The greatest part of participating IF Design Award 2013 was the intimate cooperation between our team members, and we are especially grateful to our teachers, professor Ruei-Tang Chen and Chu-Chun Hsu, for their helpful instructions. Translation assistance from I-Wen Huang, and everyone who has kindly provided any help but not listed here are greatly appreciated. Last but not least, we would like to thank the IF juries for giving us the chance to realize our ideas.