In 1976, Dieter Rams gave a speech in New York on his design work for Vitsoe. For Rams, his 10 principles for good design were a method of organizing his own thinking about what makes good design. Since then, they have influenced generations of designers, including Apple's former design guru, pioneer and influencer of today's smartphone design - British designer Jonathan Ive. The iPhone calculator was considered a digital version of Rams' Braun devices. 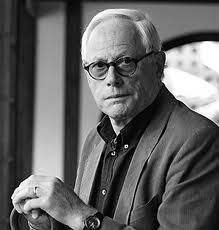 Dieter Rams, born 1932 in Wiesbaden, Germany, is one of the most influential industrial designers in the world. He was head of the design team at Braun for over 30 years.

MORE
"My heart belongs to the details. I actually always found them to be more important than the big picture. Nothing works without details. They are everything, the baseline of quality."
Dieter Rams

A product is bought to be used. It has to satisfy certain criteria, not only functional, but also psychological and aesthetic. Good design emphasises the usefulness of a product whilst disregarding anything that could possibly detract from it.

The aesthetic quality of a product is integral to its usefulness because products we use every day affect our person and our well-being. But only well-executed objects can be beautiful.

It clarifies the products structure. Better still, it can make the product talk. At best, it is self-explanatory.

Products fulfilling a purpose are like tools. They are neither decorative objects nor works of art. Their design should therefore be both neutral and restrained, to leave room for the users self-expression.

It does not make a product more innovative, powerful or valuable than it really is. It does not attempt to manipulate the consumer with promises that cannot be kept.

It avoids being fashionable and therefore never appears antiquated. Unlike fashionable design, it lasts many years - even in todays throwaway society.

Good design is thorough down to the last detail

Nothing must be arbitrary or left to chance. Care and accuracy in the design process show respect towards the consumer.

Design makes an important contribution to the preservation of the environment. It conserves resources and minimises physical and visual pollution throughout the lifecycle of the product.

Good design is as little design as possible

Less, but better - because it concentrates on the essential aspects, and the products are not burdened with non-essentials. Back to purity, back to simplicity.