A Brand New Vision in Design: Motion Graphics by Bito 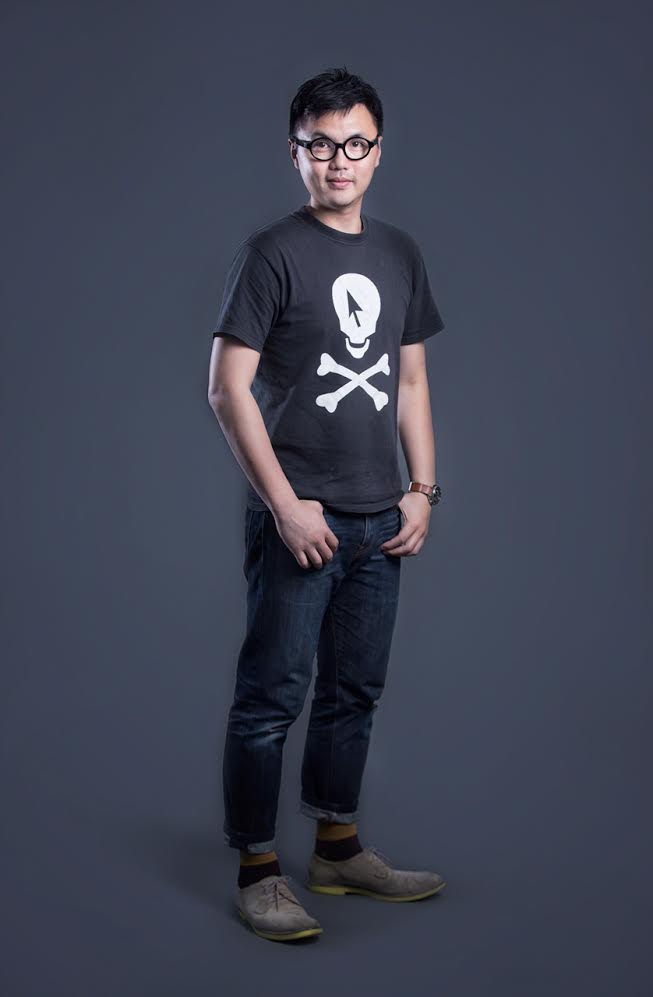 Keng-Ming Liu is a music video director, illustrator, motion and toy designer. He is the creative director and chairman of the board at Bito, a creative studio founded in Taipei, Taiwan, in 2013. He has worked for international brands such as Facebook, Disney, Asus, Mercedes Benz and Herman Miller.

Sports fans are sure to have watched the 29th Summer Universiade in Taipei. Many may even be familiar with the promotional video, Taipei in Motion.

A combination of fast-moving images and sports, the clip expresses the dynamism and frenetic energy of Taipei.
It was produced by Bito and directed by Keng-Ming Liu, who was also a juror at the iF DESIGN AWARD 2017. We spoke with him about his approach to design and the experience of being an iF jury member.

Please tell us about Bito.

Bito comes from the word, Beetle. I have a BA in Entomology, and beetles are my favorite bug. I particularly like the fact that beetles move towards the light, so when I set up my studio I fiddled with the word 'beetle' and named it Bito. Bito has only four letters, which is short and powerful. I wanted to set up a studio that pays attention to visual design.

Nowadays, most of the video production is done by production companies in Asia, and I really want to introduce design thinking into the design industry. That was how Bito, a design-driven studio, was founded. We design every moving image, and we plan every moving picture from the perspective of branding and graphic design to filming. We tell stories with videos; we try to push the limits and break the rules.

The campaign video of the 29th summer Universiade, Taipei in Motion, stirred up much excitement on the Internet. Will you tell us more about the concept of the production?

It is a city marketing and sports video. You can see the beauty of human body and the energy of the Taipei city in this video. All we wanted to do was to use specially composed images of the city and movement of athletes to reveal the invisible energy of Taipei. 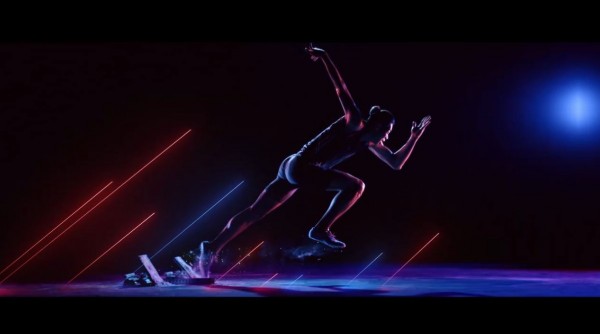 From the beginning to the end, your eyes are driven by energy towards designated direction. Every scene was carefully designed. There is a rule to it: You see the movement of a basketball dunk, followed by diving, while the movement of wrestling is followed by a bridge, then the throw of a Chinese divination block. We started the production by planning the energy flow, then later spent most of the time carrying out the plan.

What were the challenges when filming?

Choosing and sorting through the materials was the hardest! We wanted to make an extraordinary film, one which stands out from other tourism promotional films. It can't be a video about street food, the MRT, Taipei 101 or a whole lot of aerial shots. We were on a mission to fill scenes of center-aligned geometry, like sport courts. We introduced design thinking right into the pre-production, which makes every scene pictorial and the film unconventional. This is what motivates our work. 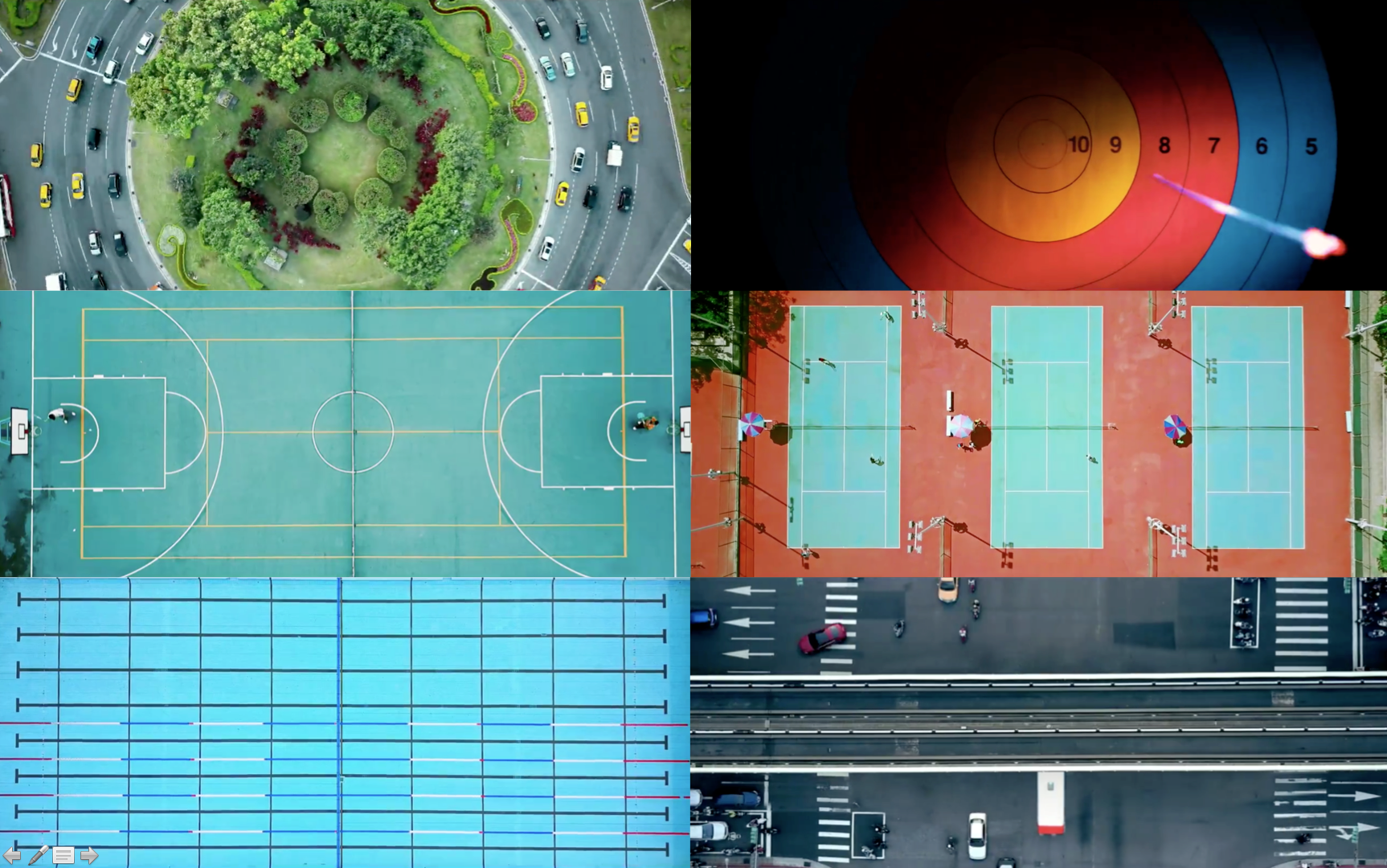 Besides, the most important factor of making a motion graphic is to grasp the rhythm. That's what we are good at. We spent more than a month working with a group of Canadian musicians, who brought us an extraordinary perspective, to revise and refine the sound effects. I had to re-edit the film every time they would trim the music again. The sound was very elaborate. And we put a lot of effort to match the visual flow of energy and the sound.

We ended up spending five months to accomplish the task. We had the right people in the right place and let the team reach its full potential with enough time. This sets a precedent. In the concept development stage, the studio was full of pictures and images of various different sports. It took us a lot of time researching, developing concepts and making a script. Pre-production is, in fact, very important in terms of film production. Design should be introduced in the very beginning rather than the so called 'post-production' that commonly seen in Taiwan. I want every detail to be well planned. That is what I learned during the 10 years I spent in the US.

To accomplish a sophisticated project like this, we need a director, art director, designer, animator and composer that all work together, rather than just a staff working under the director's instruction. Our workflow and team structure is set up to be different. 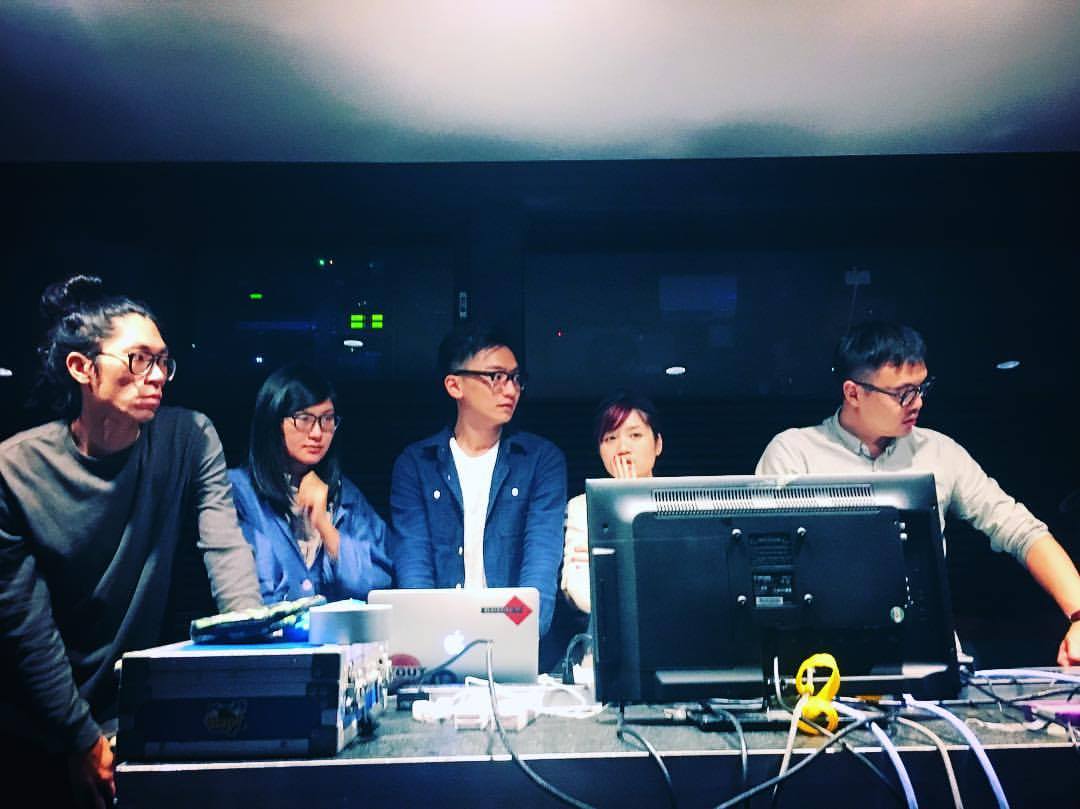 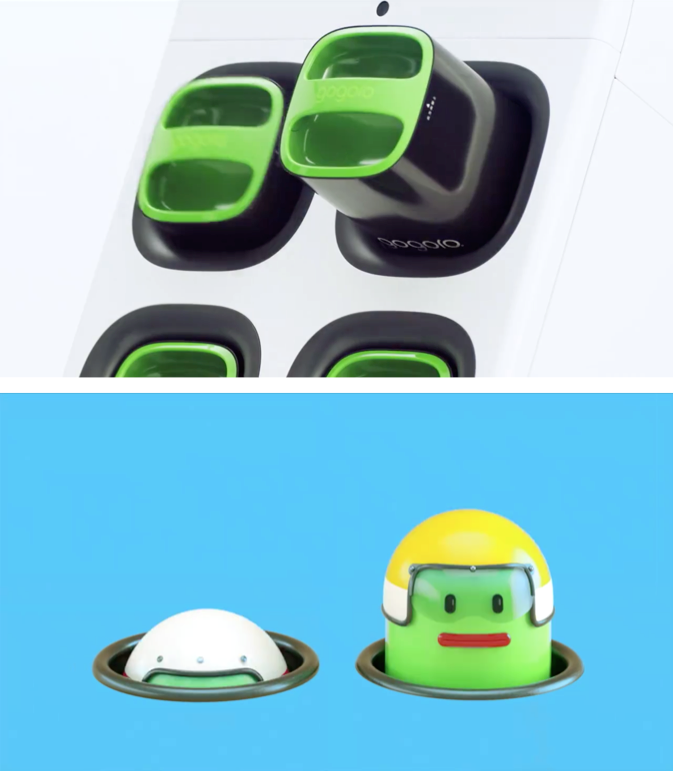 Apart from the 29th Summer Universiade, Bito has produced motion graphics for many other well-known brands, such as the e-motorcycle, GOGORO 2. Can you share with us your concepts and what is behind the project?

It is important to know the position of a brand. We spend a lot of time finding a position for our customer's visual style like a commercial design company. For example, GOGORO 2 is a budget e-motorcycle at a more reasonable price. 'Playful' is the core concept. You can see Whack-a-mole and Pacman in this video. During the concept development, we went to the charging station and played with the jumping battery quite a lot and thought 'Oh, it's like a Whack-a-Mole!'. We included Whack-a-Mole to make it more fun.

I have always wanted to make design fun and playful, and even a little badass. This is what's lacking in the design industry, particularly in the Asia. Every picture has to be meaningful. That's what visual communication is all about. So I always try to put puns in these works. 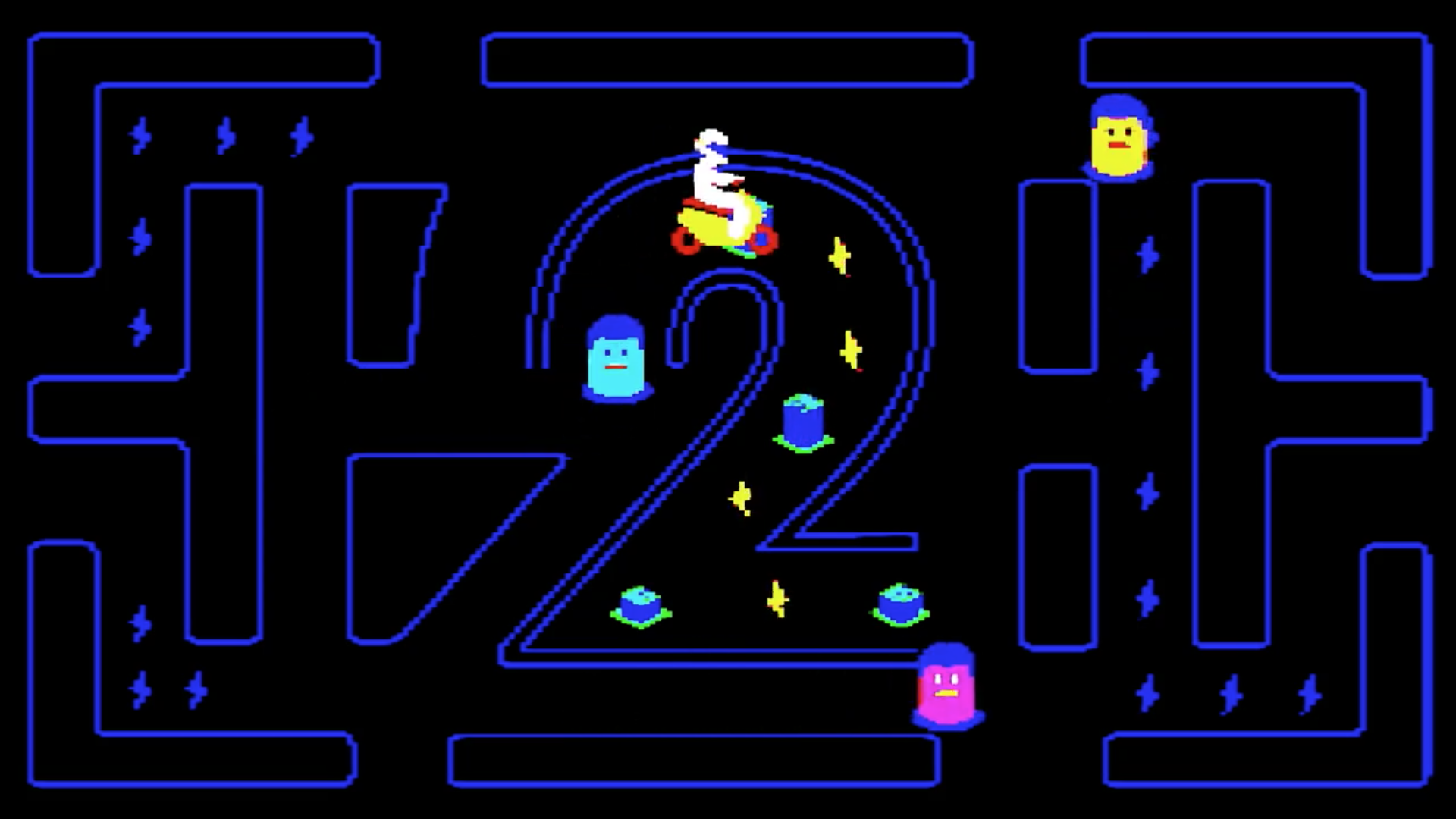 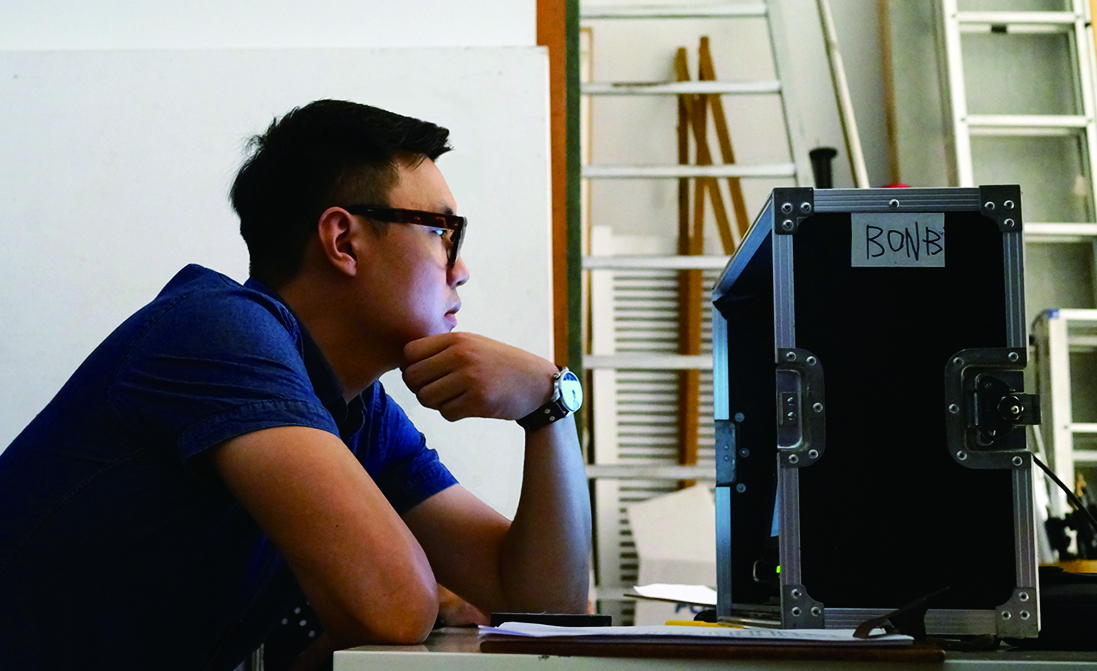 You lived in New York for 10 years, and you have won internationally renowned awards. What's the difference between design in Taiwan and in other countries?

The main difference is the workflow. In Taiwan, people always work under the circumstance where time and budget are limited, and you have to go for safety shots. However, design is, in fact, a solution for the customer, and in return, we need enough time, budget and respect. And we need to work on that.

We would like to push people's sense of aesthetics forward. And we are happy if the promotional video of the 29th Summer Universiade has helped do that. 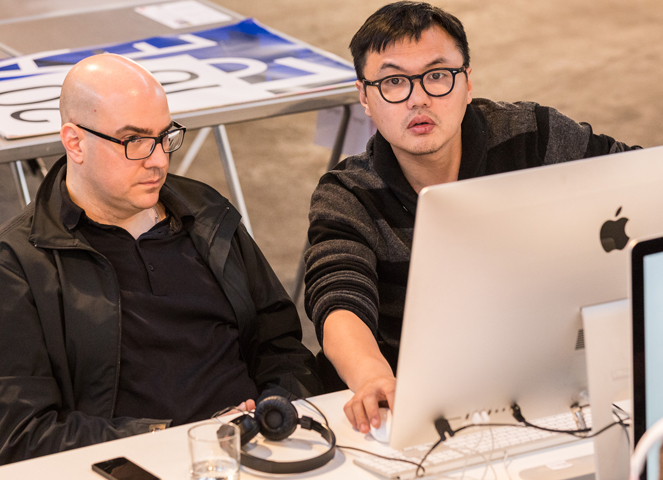 The iF DESIGN AWARD brings together a group of people who know how design works best. I was amazed at the judging process and the jury hall. And learning how to let your work tell its story, despite the language, the nationality and the culture, is the best reward for me. Let your work tell the story, reach out to the judges and touch them. 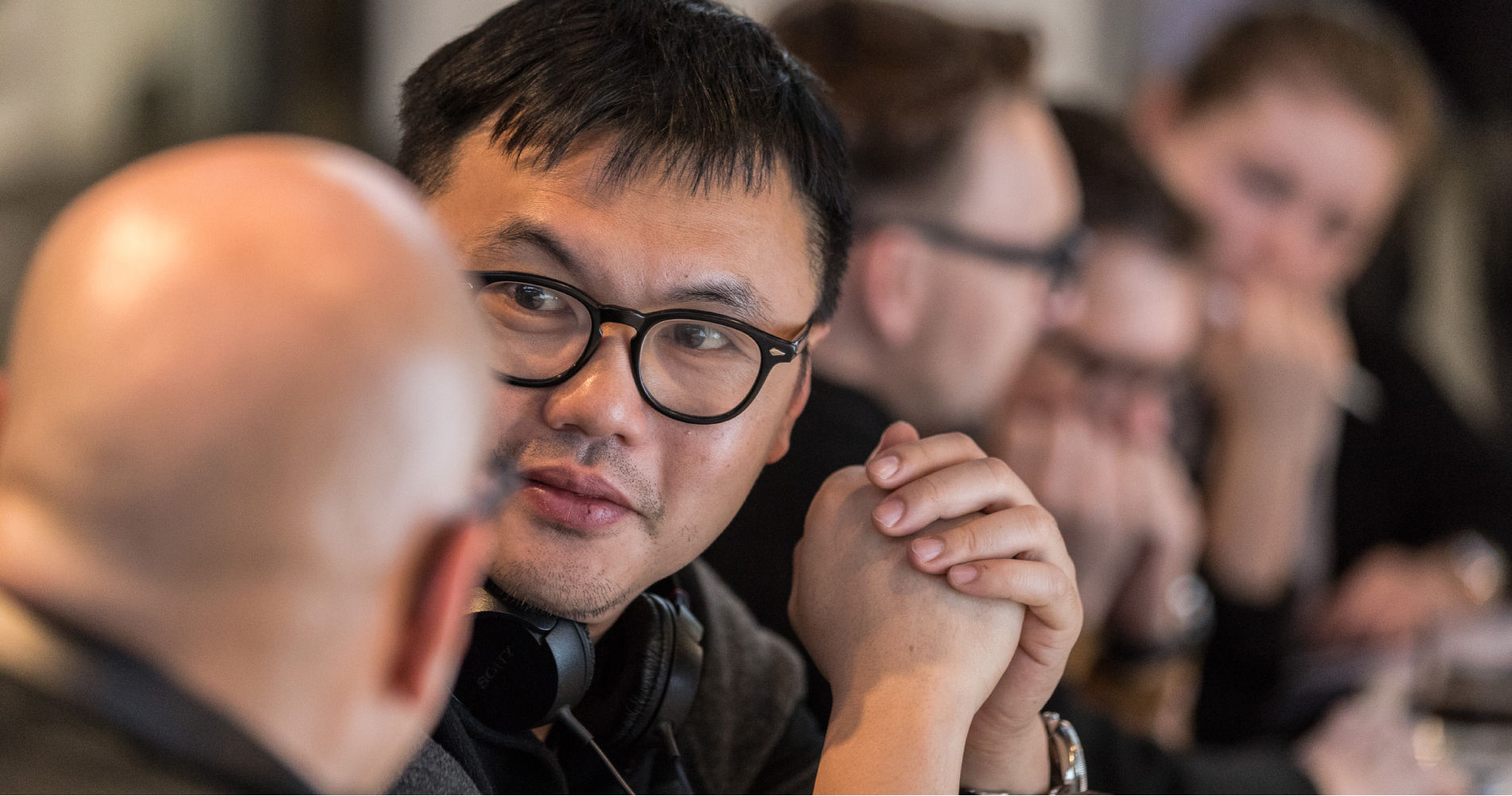 I used to take part in many design competitions and have been sitting at the judging panel for the past few years. It's a strange feeling when trading places. Here are some advices for participants:

Designers must know that presentation is very important.
How can you catch a judge's eye in 10 seconds or less? You need to find a way to make your work stand out from the crowd of outstanding works.

Participation in a design competition has a positive impact on designers.
I was not design-oriented back at university. In my years in design, I have been motivated by many award-winning experiences. Winning an award is a great achievement, one which has positive impact on designers. You can learn a lot just by looking at how your predecessors won an award and their secrets. In fact, the key factor to winning an award is nothing more than – what is good design? Good design is universal. 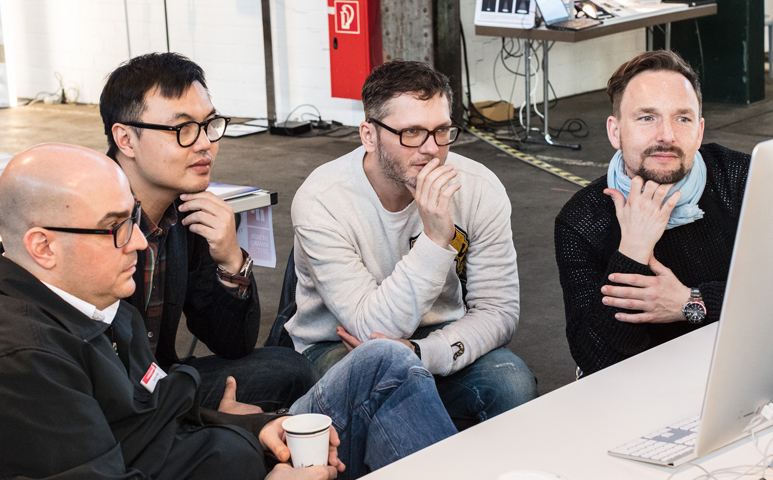 For me personally, being able to mingle with other jury members was the best part of the trip. The three-day jury session reminded me of my old days in New York, where everyone is creative, friendly and willing to share. Sharing and exchanging views are very important for the judging process. We learn a lot from each other by talking and discussing with each other. In the end, we all know how others look at an outstanding design. Communication and delivery are always of the utmost importance for designers!

Some images are provided by Bito.